Are all politicians as bad as each other?

How often have you heard the untrue mantra: "It doesn't matter who you vote for, they're all the same"?

An assertive, authoritative lie encouraging complacency, uttered as a direction to stick with the known, the familiar, no matter how unwholesome.

It makes life easy, but encourages ignorance & lack of curiosity about things that affect YOU.

Who discourages us from making an informed decision about what is arguably one of the most important decisions we can make?

Who we vote for affects us, our families, our communities, our environment.

Decisions made by parliament can make life harder, or smoother and OUR VOTE MATTERS! 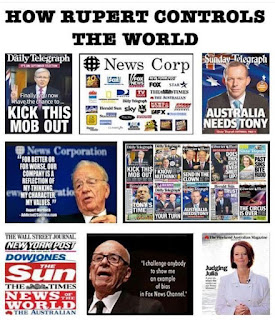 Michael West discusses the role of the media: "positive coverage increases electoral support for a political party. Media endorsements of a candidate is particularly effective on moderate voters – those most likely to enter an election campaign undecided. The discrepancy between polling and outcomes in the 2019 election can be explained by the influence of the media."

The bulk of the Australian media loudly & assertively supports the LNP (Liberal National Coalition) no matter which skeletons should be exposed, and ignores or undermines Labor, the Greens & independents, no matter how beneficial it would be for us. 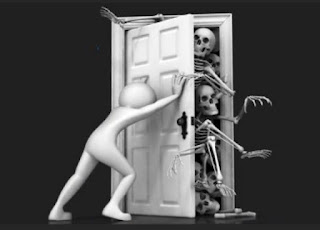 How do we find out about policies which have a NEGATIVE IMPACT?

Who holds the government to account when the bulk of the media doesn't?

Our Independent Media and satirists (yes, really, including  A complete list of the Liberal Party’s corruption over the last 7 years from The Chaser) have consistently done a great job exposing many less than desirable choices made by politicians.

In that case, take as little as 1 1/2 minutes to find out whether the federal politician in your seat is using your vote to support things you want - or just SAYING the right words.

THEY VOTE FOR YOU

Do politicians' actions support the positive, vote catching words on their marketing and websites or not?

For example, does the Minister for the Environment vote FOR policies that help or hinder endangered species, the Great Barrier Reef, water security for us AND our environment?

Now, back to Kristina Keneally's address.

She says it's her "job to call-out every government rort and racket, every broken promise, every instance of the Liberals and the Nationals putting their donors and their cronies ahead of the national interest."

Subscribe to some of our Independent media, because LNP politicians' wrongdoing won't make headlines in the Murdoch media because:

"proper scrutiny and real accountability depends on issues being carried / into the homes and minds of your readers, listeners and viewers." And this is something the Murdock media wants to avoid as much as possible. Our ignorance is to their benefit.

It matters to the health and strength of our democracy.

It matters to the state of our economy and the quality of Australians’ lives.

Keneally states that exposing acts of corruption doesn’t damage the standing of politics. Corruption itself does that.  Even more so when corrupt acts go unpunished. When they’re ignored, or worse, rewarded.  When there are seemingly no consequences for gross incompetence and no penalties for scandalous negligence – that’s what undermines belief in the system and respect for the institution.

In her address, she discusses the escapades of some ministers and the lack of accountability either from the Prime Minister or the mainstream media.

It doesn't inspire confidence or trust in the system, and when independent bodies like the Audit Office find problems – as they have with the airport dodgy land deal in Sydney and Sports Rorts – Morrison responded by cutting their funding.

The erosion of conventions and institutions that uphold democratic freedoms combined with social media, disinformation and foreign interference to sway voters, is a wakeup call that we must preserve and uphold the bedrocks of Australian democracy, including:

Satisfaction with Australian democracy has more than halved in the last decade, down from 86% to 41%.

Australians have low expectations and cynical views of our Government

Distrust and disengagement allow failure to go unaddressed, and self-interest to be served.

When voters’ cynicism grows, politicians who serve their own political purposes flourish, and we're caught in a vicious, self fulfilling cycle of disengagement and despair.

"It does matter who you vote for, they're not all the same."

Annoyed people take the easy option and donkey vote, or follow the loudest voices on the bandwagon to be on the "winning side".

So when there's significant coverage FOR one group and AGAINST others, the alternatives will have difficulty finding any traction no matter how good their policies.

To help prevent further erosion of democratic norms and expectations, we can encourage people we know to take an interest in our collective future and DON'T OUTSOURCE DECISION MAKING TO VESTED INTERESTS INCLUDING FOREIGN MEDIA MAGNATES.

A final word from KK:

The most important duty of elected representatives is to deliver support quickly and provide confidence to the Australian people that the parliament is on their side & solutions will be found.