How does the media manipulate our views?

Media Manipulation Tactics.
Politicians and the media are trained to influence the way we think. This thread looks at how they do that.
Keep an eye out for when politicians, commentators and journalists use these manipulative tactics. We encourage you to post the relevant meme in the comments of the media post using a particular tactic.
Discussing media framing with your friends, family & community groups is a great way of refining your ability to identify when a politician or media outlet is pushing a particular narrative.
These tiles can be particularly useful to help our trusting friends, the gullible and easily influenced to be aware of tactics used to influence us all.
Our media is supposed to hold our politicians to account. But who holds the media to account?
We do.
Media Manipulation
Manufactured outrage 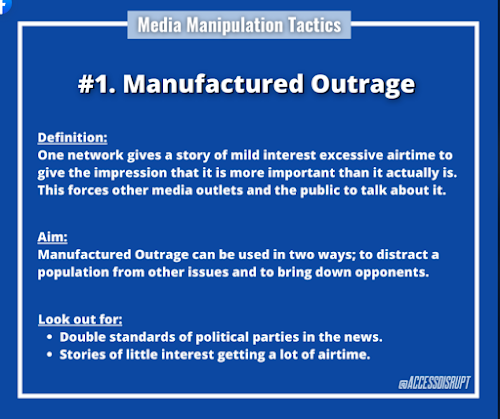 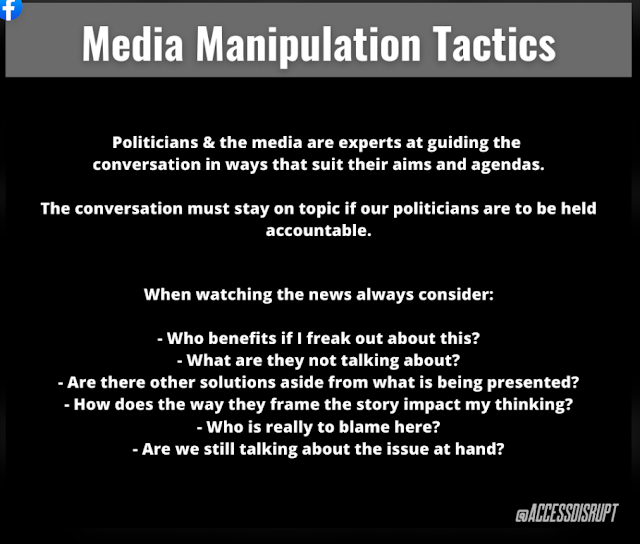 It's also an opportunity to discuss media concentration in Australia and how that affects what's reported, how it's reported, who's interviewed (or not) and what's missing. What are their links to the media outlet? Who benefits? Who is silenced? Why? How are photos cropped to frame perception?

Discussion points: Look at how the words in headlines are carefully selected to create an emotional response. This doesn't necessarily reflect the tone of the article but are chosen so that passers by will see them at supermarket checkouts, servos and in cafes. Drip feed negativity has an impact.

Compare murdoch media coverage of the 2019/20 bushfires, with a variety of other reports. What's the same? What's different? When did it become the norm to undermine science? Who undermines? Who benefits? What is the result in our communities?

Spoiler. This article has a lot of the answers. 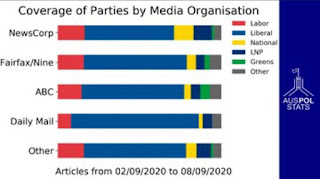